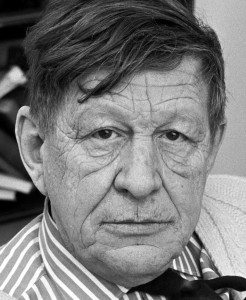 “The first thing we do, let’s kill all the lawyers”

Most lawyers if asked for a quote from Wystan Hugh (usually shortened to WH) Auden’s body of work might run to “Law is The Law” but in fact the title of his 1939 poem is more correctly “Law, Like Love” and indeed perhaps no finer place to start one’s legal studies than with an acknowledgement or perhaps better put a realisation that in fact there exists far greater parallels between the “grey hospitals of human corruption” (as Piero Calamandrei described the courtrooms in his “A Eulogy of Judges”) & the beating of our hapless lovestruck hearts than one might initially imagine; & in this blog it seems likely that i will attempt to walk that most uncomfortable of ground between certainty (if such a thing exists) and the fumblings that only a fledgling lawyer (perhaps like a teenage suitor) can be allowed to indulge in and for that (indulgence) i shall remain eternally grateful.

I intend to explore cases, current legal topics and unfolding exam terror (as i fast approach the initial papers of my LLB) and at times may seem asinine (as i develop a series of mnemonics to help with case name remembrance) but i yet hope at times challenging as i attempt (in an initially most rudimentary of styles) to highlight and hopefully to a degree illuminate some current areas of dissonance and tension in the (predominantly) UK lego-political landscape as i work my way through the current LLB (International Programme) syllabus.

Writing legalese; & hopefully more importantly going beyond that legalese to discuss these matters clearly yet eruditely is no small challenge & hence the choice of a blog that will literally give me a (near) daily chance to hone these skills; rather like public speaking, these are skills that i can see need a great deal of practice and if the first day i attempt this is some sweaty London afternoon in or around May/June 2015 (when i first sit my Year 1 papers) i figure i may well live to regret that decision.

But for now as the sun rises in Shanghai & breakfast call i will leave the closing words to Mr. Auden himself: