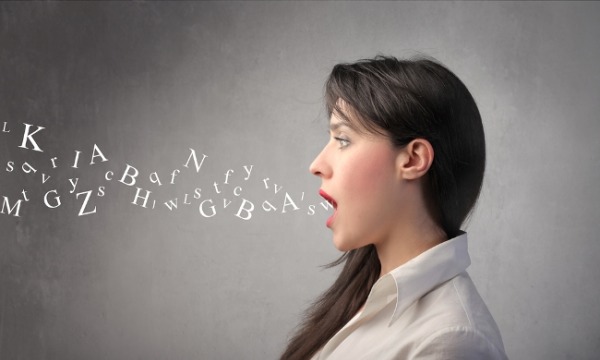 It is rare in legal judgments to be so overtly critical of another’s decision as was Colman J of Glidewell LJ’s judgment in what has become known as simply, if somewhat infamously, as Roffey; when at 108 he states:

Glidewell LJ substituted for the established rule as to consideration moving from the promisee a completely different principle – that the promisor must by his promise have conferred a benefit on the other party. Purchas LJ. at pages 22-23 clearly saw the non sequitur but was “comforted” by observations from Lord Hailsham LC in Woodhouse AC Israel Cocoa Ltd v. Nigerian Product Marketing Co Ltd [1972] AC 741 at pages 757-758.

It is the aim of this essay to briefly revisit that decision (though the facts and the ultimate decision are known to all); but primarily to view this decision in the light of Lord Denning’s 1952 paper: “Recent Developments in the Doctrine of Consideration” and to wonder if it isn’t time to revisit Lord Wright’s Law Revision Committee’s 1937 sixth interim report once more regarding the enforceability of certain promises in spite of a lack of overt consideration.

What we are reminded of in Denning’s writings is the importance he placed on promise; indeed even in High Trees we may do well to remember that of the nine cited cases he made use of four cases:

that he was keen to point out were not “estoppel in the strict sense”; but: “cases of promises which were intended to be binding, which the parties making them knew would be acted on and which the parties to whom they were made did act on”.

In his ’52 paper what we see is him attempting to tease out Lord Cairns’ House of Lords decision in Hughes v Metropolitan Railway (1877) to establish a distinction between ‘promise induced reliance’ and ‘conduct induced reliance’ (first having distinguished between ‘formation of contract’ promises and promises to “waive, modify or discharge” contractual obligations) and in particular in relation to whether that reliance need be detrimental or not; the driving force behind the essay being that in his perception: “we are tending to regard any act done on the faith of the promise as sufficient consideration to support it, even though the act done is no benefit to the promisor and no detriment to the promisee.”

His concluding remarks suggest that he reads the case law; also citing:

to suggest that: “in cases of deliberate promises which are intended to create legal relations it is sufficient if they are acted upon, even though there is no detriment in so acting”, and further suggests: “these cases seem to fall more naturally under the law of contract, rather than the law of estoppel.”

As for the poor relative ‘conduct’ which leads another party to reasonably believe that “strict legal rights will be waived, modified or discharged”  as there has been “no question of good faith – no question of a man keeping his word” he suggests the aggrieved party would need to demonstrate ‘detrimental reliance’ and such cases would most likely best fall under the ‘estoppel’ rubric, though leaving the option open of an ‘implied promise’ to draw them into the fold of contract.

It is important to note that it is also in this paper he provides his reasoning for not seeing Combe v Combe [1951] 2 KB 215 as an exception to any rule (and certainly not affording it the importance that McKendrick does); simply suggesting that not all promises “import a request” whilst citing:

amongst others as he does so.

The final credits go to FB Ames and Denning’s assertion that: “since the fusion of law and equity, we are approaching a state of affairs which Ames regarded as desirable, namely that any act done on the faith of  a promise should be regarded as sufficient consideration to make it binding.”

One thing was for sure on any reading of the facts something needed to yield; it strikes one as inconceivable that any court common law or equity would have allowed the perhaps somewhat guileless though not entirely blameless Lester Williams to walk away completely empty handed. The ‘more for the same’ offer had come from the Roffey brothers manager Mr. Cottrell who had himself acknowledged that the original price was “less than reasonable” and Williams post-negotiation had continued to “second fix” a further eight apartments.

In the absence of duress (which was not suggested on the facts) the court (if it wished to provide Mr. Williams with some kind of remedy) essentially had one of two choices: locate some consideration to anchor the promise and/or invoke some kind of estoppel. Russell LJ somewhat side-stepping the issue, appealed to ‘commercial pragmatism’, whilst Purchas LJ looked wistfully at Watkins and Sons Inc v Carrig (1941) 21 A 2d 591 for a potential solution, but as previously suggested it was Glidewell LJ’s extension of consideration to include ‘practical benefit’ that has raised so many eyebrows (though that is not to suggest it has not attracted some equally high-powered admirers).

Pace Glidewell LJ I have to say it is not my favourite judgment but admittedly it can not have been the easiest. Overshadowed by the High Court precedent of Stilk v Myrick he decided (after rejecting promissory estoppel on the grounds of Syros Shipping Co SA v Elaghill Trading Co [1989] 2 Lloyd Rep. 390, 392) to draw on three very different cases:

(and alongside attempting to historically context Stilk v Myrick) he proceeds to announce (and this is the non sequitur Colman J refers to) the “present state of the law” articulating the ‘benefits’ or obviated ‘dis-benefits’ that constitute ‘practical benefit’ as we have now come to understand it. The sum originally awarded (£3,500.00) at first instance was affirmed and the calculation explained, Stilk v Myrick was left intact and the implications for Foakes v Beer scenarios were not broached.

At this point it must be highlighted that it is a motley trio of cases from which to arrive at such a significant statement of law. Firstly all three cases were essentially played out in terms of legal (not factual/practical) benefit and thus ultimately became ‘more for more’ scenarios, secondly Ward v Byham and Williams v Williams were domestic cases and whilst there were some parallels (in that the court was looking for consideration to ground a promise) Lord Denning’s judgments were heavily influenced by his position on promise rather than any kind of imputed ‘practical benefit’, and thirdly whilst Pao On as a commercial case and as such categorically nearer to Roffey than the previous two cited, it was a complex tripartite case, not primarily determined with reference to ‘practical benefit’, that seems to raise at least as many questions as it answers.

McKendrick in Contract Law (11th edition) offers four “alternative analyses”. Firstly as expounded in Watkin & Son Inc v Carrig (1941) (see above) essentially based on a model of ‘reciprocity’; both parties giving up their rights to sue each other providing adequate consideration to found a new enforceable agreement. Secondly Chen-Wishart’s “collateral unilateral contract to pay more (or accept less) if performance is rendered” model which certainly has something to recommend it and was likely the implicit model that was used to calculate damages in Roffey. Thirdly drawing on Sir Frederick Pollock’s notion (as recognised in America) that consideration should only apply to the formation and not the modification of the contract; though having the commercial appeal of facilitating contract renegotiation (see Hadson (1990) “Sailors, sub-contractors and consideration” ) as McKendrick clarifies this model may require some additional formal requirement. Finally in Antons Trawling Co Ltd v Smith [2003] 2 NZLR 23 the New Zealand Court of Appeal simply chose to bypass the issue; neither affirming Roffey nor negating ‘consideration requirements’, but simply affirming the variation as binding.

I would like to suggest a fifth alternative drawing on Lord Denning’s 1952 paper. If (and I am suggesting that this is how many business men might view Roffey) what ultimately matters is Mr. Cottrell’s ‘deliberate promise’ (on behalf of Roffey Bros and Nicholls Contractors Ltd) and that Williams simply took him at his word (rather than what he did to found that promise which is very much the emphasis of Glidewell LJ’s judgment) then we might be in FB Ames’ territory in that he acted in ‘reliance’ (regardless of detriment as per Denning’s categorisation) “on the faith of the promise” and this in itself should be enough to provide ‘valuable consideration’.

This does however raise three questions. Firstly, just as with option three above, for both legal and practical commerical reasons it may make good sense to require some additional formal requirement such as evidencing in writing or production of a deed. Atiyah’s suggestion that “insistence on form… (is) characteristic of primitive and less well-developed legal systems” would be of little comfort to future Mr. Williams in the event that the court had found otherwise, just as happened under other circumstances in Actionstrength Ltd v International Glass Engineering. Secondly what remedies would be available in the event of breach? Well if such modifications are held to be of a contractual nature then clearly (as per Treitel) they would be calculated on an expectation basis but sensibly with the Chen-Wishart ‘proviso’; which for example in the case of Roffey generated 18 unilateral contracts and hence his final payment of £3,500.00 (8 x £575.00 = £4,600.00 “less some small deduction (sic) for defective and incomplete items”). Last but not least what of Foakes v Beer/Pinnel’s case scenarios. Well as long ago as 1602 in Goring v Goring the courts distinguished between ‘consideration’ and ‘satisfaction’ in relation to such cases, and as recently as 1937 the Law Revision Committee (also drawing on Ames’ “Two theories of consideration” (1899)) described Pinnel’s Case as “one of the most absurd doctrines which have succeeded in becoming established as part of the English law of contract” and recommended that: “either payment or promise” be sufficient to discharge a debtor’s obligations “provided that in the case of a promise the original obligation shall revive on failure to implement the promise by payment”.

The above proposed solution though not perhaps the most elegant would ensure certainty, serve to clarify the role of consideration in contractual modification and not require the over expansion of promissory estoppel  for which it seems the judiciary, despite Arden LJ’s enthusiasm in Collier v P & MJ Wright (Holdings) Ltd [2007] EWCA Civ 1329 appear to have mixed feelings.

But let us not forget the words of Bennion, who only a year later in his riposte to Denning’s paper was moved to say: “what Lord Mansfield was too late to achieve in the eighteenth century cannot be achieved in the twentieth century otherwise than by legislation.” In reply I suggest that the acknowledgement of the centrality of promises in business transactions and in particular their significance to contractual modification does not translate to an ‘emasculation’ of the doctrine of consideration as he opines, but do agree that given the current confusion in this area it would be best resolved (as were third party rights) by fresh Law Commission and ultimately legislature action; the (optional) addition of a formal requirement saving the court the endless hours required to establish whether a promise was adequately ‘deliberate’ (just as with estoppel there is the primary but nonetheless time consuming requirement to establish ‘inequity’) and hence preserve the ‘doctrine of intention’s’ position within the bigger picture of contractual obligations.

iv. Robert Pearce QC – “A Promise is a Promise” available at: http://www.radcliffechambers.com/media/Misc_Articles/A_promise_is_a_promise.pdf

viii. Mindy Chen-Wishart “Consideration, practical benefit and the Emperor’s new clothes” & “A bird in the hand; consideration and contract modifications”

xiv. Treitel on the Law of Contract 14th edition