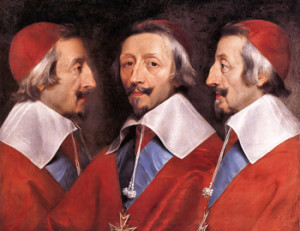 “If you give me six lines written by the hand of the most honest of man, I will find something in them which will hang him”.

So said Cardinal Richelieu (Louis XIII’s Chief Minister”) and it goes a long way to explain why the objective/subjective fault argument is a protracted one; unlike in a civil court where perhaps at worst we might be dealing with an injunction or some financial recompense, in criminal cases we are dealing with a man’s liberty or ultimately (in some jurisdictions) a man’s life. Consequently it should not be that surprising, that what exactly constitutes fault and from what perspective that should be considered has been subject to the greatest degree of scrutiny within the legal profession.

Originating from Latin; subjectivus and objectivus respectively… the former has come to be synonymous with a personal essentially internal view of a set of actions/circumstances while the latter with an impartial, external consideration of the same situation; but quantum physics (in particular Einstein’s notion that it is the “theory that decides what one can observe”) has taught us that such divisions are perhaps less black and white than we might imagine

Let’s try to see how these two ways of assessing criminal fault may or may not be reconciled and which if either should we be favouring in the name of justice.

It might be said that “desert in punishment” lies at the very core of criminal law and indeed penology, explored in Punishment and Responsibility (HLA Hart 1968) it works outwards (or indeed inwards) from the premise that the more serious the punishment the more subjective the mental attitude/state (or mens rea) should be in order (in a somewhat tautological manner) to justify said punishment; we should have as Hart tells us a “fair opportunity” to exercise our “mental and physical capabilities” to avoid transgressing the law and by so doing avoid punishment. Only by this being so can society apportion blame, hold the wrongdoer responsible for his/her acts and they be punished accordingly.

Consequently for an act such as murder; it may not be surprising to find that the requisite mens rea has a highly subjective criterion (based on intention) central to its common law definition; whilst at the other end of the spectrum we find crimes (often driving related such as careless/dangerous driving) that are assessed using essentially objective criteria. Now this may all be very well and good if there were no (or minimal consequences) to such a degree of criminalisation (and this is largely the rationale behind strict liability crimes which are usually considered “regulatory” rather than “criminal”). But what if I am a doctor found guilty of gross negligence manslaughter (see Adomako [1994]) where the consequences involve a loss of livelihood and potential imprisonment; is it right and proper that my internal view as to the wrongness of my action, (whether or not I chose to act wrongly(or otherwise)) plays no part. Similarly was it fair that Riding (McCrone v Riding 1938) as a novice driver was held to the same standards as a more experienced driver?

If we consider intention, recklessness and carelessness/negligence as three mens rea shades of grey (as we move across the fault spectrum from highly subjective to highly objective) we could do well to visit briefly each in turn but also retaining an awareness that alongside mens rea the subjective-objective dialectic plays a great part in the assessment of the validity of the vast majority of the available partial and full defences in criminal law. 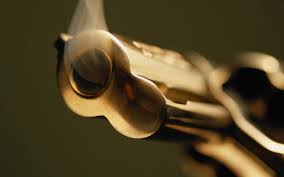 Running through the complex case law regarding intention (and these have generally been as explained previously homicide cases) we immediately see a tension as the law lords have attempted to tease apart cases such as Hyam (v DPP (1975)) and Nedrick (1986) from more obvious “smoking gun” (direct intention) murder cases; anxious not to confuse motivation with intention and amidst a sea of misdirections the final distillation in the form of (when deemed necessary) the Woollin (1998) direction does partly resolve this dilemma by returning the conundrum in the form of admissible evidence for the jury’s ultimate consideration in its terms of “virtual certainty” and “appreciation” but we are in many ways no nearer resolving the subjective/objective conundrum.

Perhaps greater clarity emerges from the 2006 Law Commission Murder, Manslaughter, Infanticide’s suggestion that a “person is taken to intend a result if he or she acts in order to bring it about” (a return to the common law interpretive notion that words should be given their everyday meaning) and greater yet from Duff’s highly subjective notion that direct intention refers to a state of mind that would result in a sense of failure if certain “intended” consequences did not result. As regards oblique intention the Law Commission’s position is very similar to the wording found in Woollin the net result being that cases such as Matthews and Alleyne (2003) are still decided on the jury’s (mixed objective and subjective) inference of culpability (given regard to all the evidence).

If none of the above is terribly clarifying the law surrounding recklessness is perhaps no more edifying; though as Wilson points out it should be so, with recklessness a subjective fault element requiring “thought” and/or “awareness” and as such easily distinguished from negligence which does not. The case history (and this is only compounded if one considers Scottish law) is complex and contradictory so much so that it prompted Joshua Barton to write a 2011 paper attempting to ascertain what was the predominant modality (subjective v objective) in Scottish law; a question of vital significance (as he points out) with recklessness forming the mens rea of a whole host of offences.

To briefly recap it is standard to start with Cunningham (1957) which in fact (and this is as we shall see later underpins some if not much of the problem in this area) centred on a dissection of the term “malice” and ended up by invoking Professor Kenny’s definition which included (alongside classic intention) an essentially subjective definition of recklessness with an emphasis on “conscious foresight” (Stephenson (1979)). A brief and confusing period followed Lord Diplock’s ratio in Caldwell (1982) which invoked objectivity (so long as the “risk was obvious” but was both confused by D’s voluntary intoxication and subsequent decisions such as Spratt (1991) in which these criteria were not applied to assault/malicious wounding cases) for this only to be finally overruled in 2003 in the criminal damage/arson case concerning two minors R and G.

If we take it as a given that “all examples of recklessness” are automatically “examples of negligence” but not necessarily vica versa; where does that leave us with cases such as Daryl Parker’s smashed telephone booth (R v Parker [1977]) of “closed mind recklessness” in which essentially the subjective fault element is imputed given the obviousness of the outcome in relation to the actions/circumstances etc.

Negligence, with its focus on conduct is potentially wider yet, yet despite its pure objective aspirations it is a far from a binary criteria with a variety of subtle gradations from plain old butter finger carelessness to actions of such a preposterously low standard that only serious criminal consequences seem to fit the bill.

It is perhaps (at the margins of these various categories) that we are able to gain some access to to begin to assess the relative justness/unjustness of these two (not necessarily opposing) models of apportioning blame.

Barton makes the very valid point that in the vast majority of cases the answer to this question will not make a very great difference but it is in these borderline decisions that clarity of thought seems of the utmost importance.

For sake of brevity I want to focus on just three areas I consider important:

Firstly I think it is a fundamental truth that is underpinned by many disciplines (scientific, philosophical and psychoanalytical) that there is no such thing as a pure decision/assessment of a situation etc. All seemingly objective decisions ultimately include subjective factors and vica versa and as the law tries to resolve the inevitable tension between two of its most fundamental tenets (Sankey’s “presumption of innocence” and there being “no excuse for ignorance of the law”) it seems inevitable that victims and perpetrators alike will attempt to draw on both sides of this “consideration spectrum” to maximise their personal sense of justice, just as society will continue (one can only imagine) to demand its pound of flesh in instances in which it considers itself wronged/ violated. (Rape and the changes evinced by the Sexual Offences Act 2003 is a perfect example of the struggle to fine tune legislation and an attempt to make sense of the subjective/objective continuum).

Secondly UK common law is highly based on very evolved definitions (of for example intention/recklessness/negligence etc.) alongside very precise drafting of statutes etc. (as opposed to European civil tradition with its emphasis on generalised statements of principles). This undoubtedly has its advantages but one of its disadvantages is that occasionally it can produce rogue decisions and the excessive (some might say) attention to detail can at times obfuscate the obvious.

A simple example might be the notion of gross negligence manslaughter; for all its objective aspirations it is coined in what is highly subjective (responsibility invoking) language and in its need to transmit its sense of outrage and disapprobation often misses a lot of the details (Adomako had been trained in Russia and was considered by the judge to be woefully under-supervised etc.).

Some kind of justice is served, blame is undoubtedly apportioned but some vital ingredient that I think is at the core of justice is omitted; (it may even be in this day and age that Adomako’s counsel would invoke Article 6 of the HRA 1998 and suggest that denying his subjective position as regards the case was a denial of his right to a fair trial etc.).

It is widely acknowledged that the criminal legislation is woefully anachronistic (Draft Criminal Code 1989) and I think it is without doubt that a thorough review of many core charges would be welcome; but alongside such a process (which is not the focus of this essay) I think that justice would be better served by the understanding that the subjective- objective continuum in fact exists as a dialectic rather than a dichotomy. This doesn’t mean that for all strict liability charges the defendant would have the right to submit a 3,000 word statement as to just why he/she had parked their car on the double yellow line but it does mean that (rather along the lines of the Woollin direction) the jury are entrusted with as much evidence (both subjective and objective) as is practically possible and in that light their decision is made.

If the prime aim of justice is to be fair and as such to reduce to an absolute minimum any miscarriages of justice I can see no other practical alternative; this process (which could be seen as further allying the UK legal decision making process to that of European civil law principle driven practice) needs to be accompanied by a closer examination of just what (objective) standards we are asking of our citizens and an assurance that (in terms of precedence) we really are comparing like with like (for example much mention of R v Seymour [1983] was made in Adomako [2014]; at one level it is arguable how much these two cases actually have in common).

Law just like life is not a static phenomenon (see Lord Scarman in McLoughlin v O’Brien [1983] 1 AC 410) and neither should it be; sometimes the twain can meet.