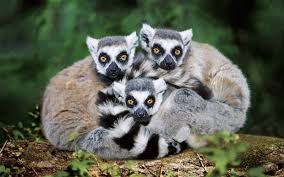 Perhaps not initially obvious but the Madagascan lemur & the common law of England & Cymru have far more in common than one might initially imagine. They are both essentially unique and utterly the outcome of being removed from certain Darwinian pressures on account of their geographic location and isolation.

In the case of the lemur; as a result of the land mass that we now call Madagascar splitting off from the Gondwana supercontinent some 165 million years ago (and India some 100 million years later) the resident lemurs were over time removed from the predatory pressures of the big cats and in their unique eco-system were able to become the wondrous and divergent species we see today. Common Law (as distinguished from European civil law) came about (on account of our island status) in a rather similar way allowing it to evolve (over approximately the last 1,000 years) into a system that though it has been exported and emulated has no direct legal equivalent; the net result being the wonder that is UK common case law.

This presents the #fledginglawyer with a bewildering and initially puzzling variation of “species” /cases much as must have been met by early primate anthropologists following Madagascar’s “discovery” by Diogo Dias on August 10th 1500 after he was blown off course on his way to India.

But after an initial sense of being overwhelmed the law student can start to revel and enjoy the wonders of their studies; and for me this always comes about by stumbling on cases that on first glance have little to recommend them yet on further analysis start to reveal narratives, stories and ultimately differences of opinion and character that only someone such as Charles Dickens (Bleak House 1853) might even begin to to apprehend let alone be able to capture and transmit; one such case for me is the seemingly humble case of Salomon v. Salomon [1897].

Now whether it’s appeal to me lies in location (my family were raised near Salomon’s Whitechapel boot/shoe-factory location); it’s subject matter (concerning company law as I prepare to sell one of my own businesses (http://dbstudios-shanghai.com) or perhaps the vast array of legal details and food for thought that it yields (with House of Lord opinions from no less than Halsbury LC) I think is of little import; I think what it provides is a perfect instance of why one should read cases, in full and from the original sources as opposed to relying on mycompanylaw.blogspot.com, lawteacher.net &/or wikipedia or other such derivative websites.

Use the latter and you will undoubtedly come to rote memorise that:

But (just as if you have never seen a “ball’ of lemurs at play) how much of the joy of common law is missed; as you fail to see the accusations and counter-accusations flying across the air of the high court, the court of the appeal and ultimately the House of Lords; come to appreciate both the meanness (witness the original shareholders’  agreement) yet business shrewdness of Salomon senior; taste the bitterness and sense of injustice that must have been flooding through Edmund Broderip as he tried to recoup his (all importantly subordinate) debenture until finally one feels the final drop of Halsbury’s guillotine like ruling (as he applies a very legally “literal” reading of the statute (in this instance The Companies Act 1862)) & we are informed that the “sole guide must be the statute itself”.

Whether Otto Kahn-Freud’s view of this case i.e that ultimately it was a “calamitous” ruling; (& certainly in recent cases (such as Pepper v Hart [1992] & Re Spectrum Plus Ltd [2005] there has been a view to a much more “purposive view” of legislation/statute interpretations); nonetheless how much poorer would we be for not having taken the time and trouble to understand how, why and where our current legal system comes from.

“The common law is a storehouse for worm tubs, ornamental broughams, snails in ginger beer bottles and fancy waistcoats, all of which would long since have returned to rust and rubbish had the cases which brought them into prominence been governed by some statute”