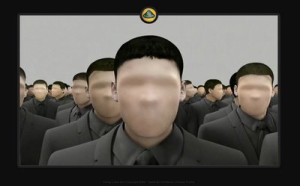 I think it might be a generality, if not quite an universality, that most of us find the idea of faceless crime disturbing; whether it be the internet hacker that empties our bank account and/or steals our online identity, the pseudonym-ed “troll” that abuses and harasses via a variety of internet portals to the masked burglar or at worst bank robber. But this week brought news of a potentially even more disturbing trend (http://www.theguardian.com/commentisfree/2014/jun/05/britain-first-secret-trial-rights) as reports trickled through of Britain’s first ever potentially trial to be held (at the request of the prosecution) totally “in camera” (i.e. in secrecy; with non-disclosure of the defendants’ details and no media access).

At odds with the very fundamentals of the “rule of law”; it would not be a first.

Very questionable practice fell under the radar during the “height of the Northern Ireland” conflict (see “Trial of AB and CD part of creeping move towards secret justice” Guardian Thursday June 14th) with “what happens at Long Kesh stays at Long Kesh” being very much the flavour of the day, while 2005 and 2008 (with the trials of Salahuddin Amin and of Rangzieb Ahmed respectively) saw evidence being presented “in camera” (rather more accurately “off camera”!!!) to protect the identity of various secret service members in Pakistan whilst a very erudite & recent piece by Lord Phillips (http://www.lrb.co.uk/v36/n08/nicholas-phillips/closed-material) reminded us of some of the obfuscations surrounding the case of Wang Yam (R v Wang Yam [2008]).

But this case (which was to be known simply as R v AB & CD) threatened to take things to a whole new level; an entire trial was to be faceless, to be held “in camera” and therefore potentially to be publicly unaccountable; quite rightly it prompted outrage both within the legal profession:

“We submit that the orders made involve such a significant departure from the principle of open justice they are inconsistent with the rule of law and democratic accountability.”

So much so that it was appealed and (as yesterday’s judgement confirmed) overturned with Lord Justice Gross, Mr Justice Simon and Mr Justice Burnett naming the two defendants (as Erol Incedal and Mounir Rarmoul-Bouhadjar) and declaring “that some of the opening speeches of the trial and the final verdicts could be held in open court”.

It was/is a landmark decision in that once sanctioned a very disturbing precedent would have been set and once you have ABC, well the rest is the stuff of Motown legend.

For details of the fascinating case of Wang Yam and the idea of “public interest immunity” see: http://theoldbailey.wordpress.com/2008/10/20/r-vs-wang-yam-2008-and-the-pii-certificate/