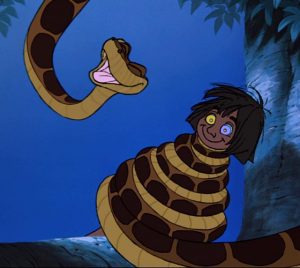 Any attempt at writing a definitive ‘how to pass’ article written by a (soon to be God willing) final year law student, who has only just sat said paper, and yet to receive confirmation of passing, should no doubt be received with a healthy dose of scepticism. So please accept my disclaimer at the outset, this is not my intention in writing this piece; it is simply to put down on paper, some of the thoughts that have formed over the last twelve months of study of the subject, and that have come out of the experiences of both having recently sat the paper (May 15 2018 in London) and the pleasures of curating our cohort’s Facebook group (https://www.facebook.com/groups/230702390786988/).

Nonetheless (for clarity’s sake) I am going to do it in the time worn manner of some ‘do’ and ‘don’t’ bullet points; so without further ado:

i. DO think through the implications of the new format

Equity and Trusts is the first module to be examined in a new ‘three from six’ (as opposed to the standard ‘four from eight’) format.

There are numerous strategic implications from such a change, not the least being that in contrast to the usual 45 minutes or so per question, you will be writing (allowing yourself 5 minutes or so preparation time per answer) for approximately 60 minutes per topic.

This in and of itself generates a potential flurry of bullet points:

a. DO chose a topic or a problem question that you really know something about and/or think you can answer; if you thought bluffing your way through a 45 criminal law, contract and/or tort essay was tough when you only had an allocated 45 minutes, just try doing it for an hour… it opens up a whole new world of pain!!!

b. DON’T back yourself into a corner by deciding you are a ‘problem answer’ kind of student and/or the converse that you excel at ‘essay style’ questions. I saw this a lot on the Facebook forum in the weeks running up to the exam; personally I think it’s a grave even potentially fatal mistake.

If you are not confident at your problem analysis skills, the answer is not to stick your head in the sand and imagine that the deficiencies will somehow magically resolve themselves; nor does it seem that smart to trust your good fortune to the Gods of the Examination Hall and pray that the three essays (if you’re lucky enough to get such a split) that appear on the paper will be to your liking. The converse applies to the more problem oriented students; so (and perhaps this is my most important piece of advice):

c. DO face your weaknesses head on and try to if not resolve them then at least to improve them. If your essay writing skills need to be honed… then WRITE ESSAYS… this does not mean reading another section of the textbook, trying to borrow another student’s notes, nor even reading other students’ essays… it means sitting down in front of a blank piece of paper and trying to carve out a meaningful essay on a topic that either interests you or perhaps you have selected from a past paper.

Likewise those students who go into a cold sweat when they see a legal scenario outlined need to overcome this very basic and to a degree understandable fear (nobody is born with an innate understanding of how to resolve an Equity and Trusts scenario). So DO start tackling problem scenarios asap. The past exam papers are a fertile source and most importantly come with (in many instances) extensive feedback.

But I would add one caveat; do try and at least sketch out your own answer before you rush to look at the examiners’ report/s. I won’t go as far as to say it is cheating, just that it isn’t that helpful; unfortunately, as far as I can recall I wasn’t allowed to call Professor Hudson during the exam to ask for his advice on how to tackle a question (and what cases I should drop in) on resulting trusts.

ii. DO read some cases:

I have lost track of how many students I have chatted with who quite clearly (in spite of all the advice to the contrary) quite clearly don’t read cases. One student (during the course of a Laws study weekend in Kuala Lumpur) even boasted to me that she had NEVER read a case!!!

There are a myriad of reasons to read cases which I won’t expand on here, but perhaps for me, as the modules increase in complexity, the most obvious one is that ‘advanced legal studies’ is essentially a language. It has its very own glossary and without a firm grasp of those terms your answers (be they problem and/or essay) will sound inherently gauche. And even if all you care about is your final grade then be aware it will cost you (even dearly).

So why read the cases, well that is where the language is to be found. Both Counsel and Law Lords craft their arguments and judgments in the very language. It is not to be found in your textbooks (though referenced there) and certainly not in your lecture notes, but it is there in abundance in the case law. Why would you not read them?

And even (say you’re sitting in October) if your time is limited then just read some. There is NO excuse for not having read Lord Browne-Wilkinson’s judgment in Westdeutsche Landesbank, the three judgments in re: Baden’s Deed Trusts (no 2), Milroy v Lord [1862] to name but a few.

iii. DO take the time to grasp some basic Equity and Trusts theory:

For now, this will be my last point, as I have no desire to overwhelm any active students with my well meant good advice, but for the more advance student (who is already reading case law and tackling his/her natural weaknesses v predilections) this might be a game-saver.

Let me try and break it down:

a. law (certainly common law) is inherently adversarial; grasping this helps… whether writing an essay or tackling a problem scenario… so as John Tribe describes it, Equity and Trust litigation involves a ‘battle for value’. Party A is (in most instances) alleging his or her right to an asset/right is superior to Party B.

b. this does not mean (in most if not all examined scenarios) that A’s right is obviously superior… so AVOID (something I saw played out on the forum so many times) if you can, very categoric, black and white answers. Equity and Trusts is a level 5 (even at times level 6) module for good reason; it is (to a degree) complex and as such nuanced. Focus on your argumentation and not your outcome. If the answer was SO obvious the case would simply be settled and not litigated!!!

c. Equity and Trusts, perhaps more than any other module we study at undergraduate level is, with the exception of jurisprudence, deeply theoretical. So (I would suggest) it is not possible to score well without at least a passing understanding of the basics of the theoretical debates that underlie the principal topics.

I don’t propose to examine these in any detail but with Professor Chambers and William Swadling as two of our chief examiners (both eminent theorists in this area) it does seem to make sense to at least understand that there is considerable debate as to WHY certain judicial outcomes should be favoured. You might think to look at the various theories underpinning secret trust (https://www.academia.edu/34915869/the_secret_life_of_secret_trusts…) and/or resulting trusts (https://www.academia.edu/35910909/_what_goes_round_…_considering_the_resulting_trust) to give yourself an head start.

The debate surrounding the beneficiary principle and/or private purpose trusts (https://www.academia.edu/36167475/in_the_frame_-_private_purpose_trusts) might be another gentle introduction to this area of intense debate; that often rages with the intensity of Sauron’s forges.

Which perhaps leads to my last gasp:

iv. DO form an opinion:

It sounds simple enough but I think it’s terribly helpful.

Imagine standing in a courtroom or an University debate and talking for an hour on any topic on which you had not formed an opinion. You’d be lucky to last five minutes!!!

So why is it any different when writing an essay of 60 minutes or so on say Secret Trusts?

I would suggest it isn’t. So decide; do you think secret trusts should be sanctioned by the courts, bypassing formal requirements as they do, and allowing the introduction of parol evidence as they do etc. or should they (as Penner suggests) be relegated to history and other financial/legal routes be established to vest property in say an illegitimate child and/or a secret concubine.

The point is, there isn’t AN answer; but you will soon run out of intellectual steam if you don’t have YOUR answer.

So as you read try and formulate (not just ingest) and be bold; ultimately I’m not inviting you to trust me but you most certainly (if you want do well as you all deserve to do) need to trust yourself!!!