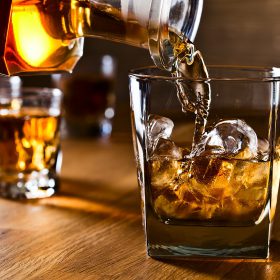 Read the case Case C-333/14, Scotch Whisky. Explain, in short, the way in which the Court assesses justifications and proportionality. What did the national court decide (see https:// www.supremecourt.uk/cases/docs/uksc-2017-0025-judgment.pdf)?

Case 333/14 concerned a request for a preliminary ruling (Article 267 TFEU) from the Court of Session concerning the validity of the national legislation and a draft order relating to the imposition of a minimum price per unit of alcohol (‘MPU’) with respect to the retail selling of alcoholic drinks in Scotland; and as such concerned proceedings between the Scotch Whisky Association (and other interested parties) on the one hand, and the Lord Advocate and the Advocate General for Scotland on the other.

With a general consensus (para 32) that such measures amount to what Article 34 describes as ‘measures having an equivalent effect to quantitative restrictions’ (MEE) much of the judgment concerns on what grounds a Member State may seek to justify potential derogations, and by what criteria the ‘proportionality of such measures’ may be established.

Specifically concerning the interpretation of Regulation (EU) No 1308/2013 the Court were concerned to ensure “measures should be taken in a way that avoids market disturbances and that ensures equal access to the goods and equal treatment of purchasers”.

On 25 September 2012 the Commission issued its opinion, that the national measure concerned constituted a quantitative restriction within the meaning of Article 34 TFEU which could not be justified under Article 36 TFEU; seemingly closing the door on legislative measures for fixing minimum retail prices, when other permissible fiscal measures were already available.

At 12 (3) we see the Court beginning to explore the ‘protection of human health’ justification, and the extent to which national courts are at liberty to consider “information, evidence or other materials”.

Whilst at 12 (4) we see the Court openly wondering:

under Article 36 TFEU, to what extent is the national court required, or entitled, to form — on the basis of the materials before it — an objective view of the effectiveness of the measure in achieving the aim which is claimed; the availability of at least equivalent alternative measures less disruptive of intra-EU competition; and the general proportionality of the measure?

With questions (5) and (6) concerning respectively ‘justification’ and ‘proportionality’.

We see in the Court’s answer to question 1 (at para 29) that it sets the stage for a consideration of these matters in greater depth when it states:

“a measure having equivalent effect to a quantitative restriction on imports can be justified, for example, on grounds of the protection of the health and life of humans, under Article 36 TFEU, only if that measure is”:

At para 35 we see the Court clarifying the scope of Article 36 TFEU suggesting: “it is for the Member States, within the limits imposed by the Treaty, to decide what degree of protection they wish to assure.” (Case 170/04 Rosengren and Others [2007])

Para 40 affirms that even if a measure is deemed both ‘appropriate’, and of reasonable ‘scope’ (criteria ii. above) such a measure needs to be ‘proportionate’.

This subject is considered in more detail in the Court’s answers to questions 4 and 6; with para 53 establishing the principle:

that [any legislation] is [required to be]:

i. necessary in order to achieve the declared objective, and
ii. that that objective could not be achieved by prohibitions or restrictions that are less

extensive, or
iii. that are less disruptive of trade within the European Union

paras 54/55 establish the burden of proof:

(54) the reasons which may be invoked by a Member State by way of justification must be accompanied by appropriate evidence or by an analysis of the appropriateness and proportionality of the restrictive measure adopted by that State, and specific evidence substantiating its arguments (Case 42/02 Lindman)

(55) that burden of proof cannot extend to creating the requirement that, where the competent national authorities adopt national legislation imposing a measure such as the MPU, they must prove, ‘positively’, that no other conceivable measure could enable the legitimate objective pursued to be attained under the same conditions

It follows from the foregoing that Article 36 TFEU must be interpreted as meaning that, where a national court examines national legislation in the light of the justification relating to the protection of the health and life of humans, under that article, it is bound to examine

objectively whether it may reasonably be concluded from the evidence submitted by the Member State concerned that the means chosen are appropriate for the attainment of the objectives pursued and whether it is possible to attain those objectives by measures that are less restrictive of the free movement of goods and of the CMO.

With Para 66 answering the question outlined in 12 (3) above:

Consequently, the answer to the third question is that Article 36 TFEU must be interpreted as meaning that the review of proportionality of a national measure, such as that at issue in the main proceedings, is not to be confined to examining only information, evidence or other material available to the national legislature when it adopted that measure. In circumstances such as those of the main proceedings, the compatibility of that measure with EU law must be reviewed on the basis of the information, evidence or other material available to the national court on the date on which it gives its ruling, under the conditions laid down by its national law.