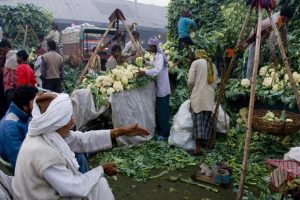 Following Commission v Italy (trailers) the Keck exception has been completely substituted in favour of a ‘unified market access test’, at the expense of national sovereignty.

The heavily judicially criticised decision of Keck & Mithouard [1993] (on this see Oliver on Free Movement of Goods) was an undoubted game-changer as regards the terrain of the ‘free movement of goods’. Heavily influenced by the academic contributions of Eric White (see in particular In search of the limits to Article 30 (EEC Treaty)) there was no doubt that it was underpinned by a judicial agenda that set out to limit the numbers of cases that traders were bringing before the Court (ECJ/CJEU) following the expansive consequences of the Dassonville/Cassis de Dijon line of judgments.

It established, what in hindsight some have considered a false dichotomy, between ‘product requirements’, and ‘selling arrangements’, provided that two criteria (established in para 16) are fulfilled; these being that:

i. the measure applies to all traders
ii. and affects, in the same manner (in law and fact) the marketing of both domestic and

Though seemingly simplifying the area, and certainly formulated with the intention of decreasing the levels of litigation, it is a decision that has been heavily criticised; and even, in some eyes, overruled by in particular Commission v Italy (trailers) [2009] and (to a degree) Scotch Whisky Association [2015] (which entirely side-stepped Keck as regards ‘certain selling arrangements’) with a shift towards an ‘unified market access test’ paradigm.

This was established in para 37 of Commission v Italy (trailers) [2009] where it was stated that:

Consequently, measures adopted by a Member State the object or effect of which is to treat products coming from other Member States less favourably are to be regarded as measures having equivalent effect to quantitative restrictions on imports within the meaning of Article 28 EC, as are the measures referred to in paragraph 35 of the present judgment. Any other measure which hinders access of products originating in other Member States to the market of a Member State is also covered by that concept.

The net result of this was (as the question suggests) to once more swing the pendulum back towards empowering the Court to override regulations/legislation that Member States had put in place i.e. market prioritisation at the expense of national sovereignty; carrying with it a real danger of the Court trammelling the very Member State nuances (social goals/non- economic objectives) that Keck was designed to protect.

In practice the Keck test prove difficult for the Member State/s to establish, and in many instances, matters were simply returned to the national courts for decision.

Indeed, case law has established that practically, situations are rarely as black and white as the Keck ‘dichotomy’ might suggest; with cases such as De Agostini [1995] and Gourmet [2001] affirming that in particular ‘advertising bans/restrictions’ may well impact non- domestic traders disproportionally. But with all its attendant difficulties it may still be be a potentially more sophisticated and workable formula than the ‘bulk measure’ approach of Commission v Italy (trailers) [2009] which greatly widens the scope of Articles 34/35 and places a heavy burden of provenance on the Member States.

EU law has never had the same rigid hierarchical relationship with precedence that is found in say the case law (‘common law’) of England & Wales, and this has led to something of a ‘pick and mix’ attitude by the CJEU when negotiating these paradigms.

In a 2010 essay, forming part of a collection celebrating the Classics of EU Law 50 years on from the Rome Treaty Allan Rosas noted:

“Despite the criticism expressed against Keck & Mithouard in legal literature and by some Advocate General, the subsequent case law of the ECJ has by and large applied a combination of Dassonville, Cassis de Dijon and Keck to assess alleged restrictions to the free movement of goods.”

So it seems likely that such an approach will endure, with the Court (in spite of the decisions of Commission v Italy (trailers) [2009] and Scotch Whisky [2015]) still having Keck in the armoury as and when Member State dissatisfaction (and this is as much political as it is legal) boils over.

All is not lost, and the Court still has recourse to the doctrine of ‘proportionality’ to supplement the Article 36 and Cassis (‘mandatory requirements) justifications, and this has certainly been used effectively to soften the potential impact of a return to the ‘market access’ paradigm (see Case 36/02 Omega Spielhallen [2004]) allowing Member States to feel that they still have a voice that is listened to at the negotiation tables of Brussels.