‘the purpose of competition law has never been to achieve optimal market outcomes, but to preserve the ability and the incentive of firms in the marketplace to outperform their rivals.’ 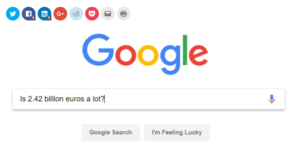 Article 102 of the TFEU could not be plainer; it reads:

But as with all legislation,  just what any provision means, and perhaps more importantly just how far it ‘reaches’ remains, until the court decides, something of a mystery. As regards Article 102, and the specifics of the recent Google anti-trust deliberations, its meaning is only too apparent:

Though facing two further investigations (concerning the Android OS and AdSense) this particular investigation concerned Google’s use of its high degree of EU market dominance, to unfairly advantage one of its other ‘products’, a ‘comparative shopping’ tool which started life as Froogle, now known to most as Google Shopping.

Just how this was achieved is not difficult to grasp. and can perhaps be best considered visually: 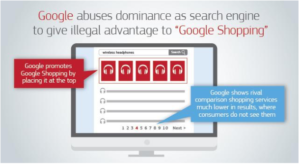 My father, based in Norwich UK, decides to visit me in Shanghai, China, and being the tech-savvy 88 year old he is, he whips out his i-pad and opens up Google to try to find the best price for a round trip airplane ticket. He punches in “Shanghai flights”. What happens then is not visible at what is often called the ‘front end’ of the website, but in simple terms a formula (known as an ‘algorithm’) is applied, and moments later your ‘search’ page appears. 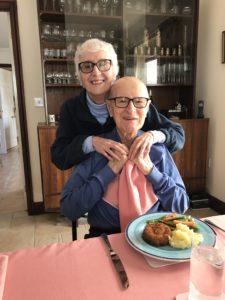 What Google was accused of doing, was essentially manipulating that ‘search’ (i.e. modifying their algorithm) in two fundamental ways:

Well, imagining you are just that, a ‘rival’, what are the implications for your business?

Well with Google already controlling over 90% of the ‘search’ market share (a ‘dominant position’ on any reading of Article 102) it effectively means commercial death. The European Commission ‘fact sheet’ on the case further clarifies:

And that is exactly what was seen to have happened, with enormous growth in Google Shopping traffic (up to 45 fold in the UK alone) with evidence of “sudden drops” of traffic to rival services (up to 92% in Germany).

So coming under increasing pressure from the European Parliament to close the case, in particular given the speed of the ICT (information and communication technology) industry, and the fact that the investigation stretches back to 2010, that is exactly what they did.

After reviewing over 5.2 Terabytes of data (amounting to approx. 1.7 billion search queries) on 27 June 2017, the judgment (yet to be published in full) was released. Google has 90 days (from the ‘decision’) to cease its illegal conduct, whilst the fine was calculated on the “basis of the value of Google’s revenue from its comparison shopping service in the 13 EEA countries concerned.”

“Google has come up with many innovative products and services that have made a difference to our lives. That’s a good thing. But Google’s strategy for its comparison shopping service wasn’t just about attracting customers by making its product better than those of its rivals. Instead, Google abused its market dominance as a search engine by promoting its own comparison shopping service in its search results, and demoting those of competitors.

What Google has done is illegal under EU antitrust rules. It denied other companies the chance to compete on the merits and to innovate. And most importantly, it denied European consumers a genuine choice of services and the full benefits of innovation.”

At the core of the decision is consumer protection, and this has/is always been the goal of EU competition law, as opposed to protecting competitors and as such the decision seems reasonable, and was well received – “firm and fair’ the Guardian Editorial described it.

Struggling to remember where the article’s title comes from, well a quick Google search will give you the answer, and the quote in full:

Well 27.6.2017 seems to mark the day when, at least to a degree, Google’s run of European ‘luck’ might have just started to dry up; and given the tone surrounding the two pending investigations we can presume Vestager may well have a bullet or two left in her considerable Commission armoury.