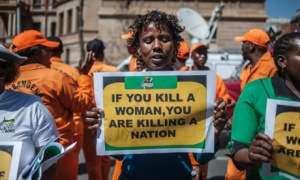 Our right to privacy is fundamental indeed constitutional (enshrined by Article 8 of the European Convention on Human Rights); and this is no less true of South Africa where it is clearly stated in Section 14 of the Bill of Rights (Chapter 2 of the Constitution of South Africa):

But few believe that this right is or should be utterly inviolate.

Owen Fiss in his 1996 masterpiece “The Irony of Free Speech” has gone so far as to suggest that even such a fundamental notion as free speech has very different meanings according to one’s socio-economic background; that such discrepancies should enter a courtroom seems to violate something very fundamental in our collective psyche.

Enter the world of the “superstar” trial & bear witness to the almost global indeed universal disapproval of Judge Thokozile Masipa’s verdict in the Oscar Pistorius trial (see http://www.theguardian.com/world/2014/sep/15/south-africa-disappointed-pistorius-verdict) and I can only imagine the interest that (in four days time) her sentencing of Pistorius will engender.

It goes to the very root of the Rule of Law and justice itself; but lest I need remind it is not the first time that it has been suggested that the rich and famous can buy their way out of trouble but few cases have garnered such public interest with perhaps the sole exceptions of People of the State of California vs. Orenthal James Simpson (which lasted nearly a year running from the jury being sworn in on November 2 1994 to the final not guilty verdict of October 3 1995).

Pistorius undoubtedly (to use a term from the recent Rebekah Brooks trial) had a Rolls Royce defence team and such cases always raise the question of equality of arms (see Hannibal Lecter QC (http://www.markpummell.com/uncategorized/hannibal-lecter-qc/)); the police procedure was clearly substandard, which undoubtedly hampered the prosecution, but fundamentally the buck stopped with Masipa.

No one was asking the world of her but I think the world was asking something of her and I think in this she failed. Most if not all legal commentators were accepting of the fact that the verdict would not be “first degree” murder but I think we were all entitled to expect a degree of logic above the statement that:

“Clearly he did not subjectively foresee this as a possibility that he would kill the person behind the door – let alone the deceased as he thought she was in the bedroom at the time…” Masipa said. “To find otherwise” (in reference to his rapidly afforded excuse that he mistook Steenkamp for a burglar) “would be tantamount to saying that the accused’s reaction after he realised that he had shot the deceased was faked, that he was play acting, merely to delude the onlookers at the time.” 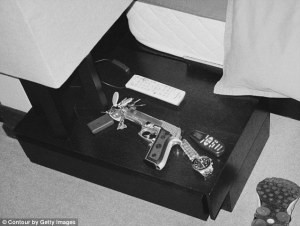 Let’s be clear about this; this was four shots from a 9mm pistol… a pistol that was loaded with Black Talon hollow point “zombie -stoppers” (Pistorius’s own description)… how could you possibly (in the circumstances described) not “subjectively foresee the possibility” of killing someone; and it is crucial to understand that for a “second degree”/”common law”murder conviction the person behind the bathroom door could just as well have been an intruder (as Pistorius allegedly believed) rather than in fact as it turned out to be Reeva Steenkamp. So even if we give Pistorius the benefit of the doubt, this is a highly flawed judgement. It is doubly so in a judgement that did little to conceal that Masipa (and one presumes her two independent assessors too) thought little of Pistorius as a witness.

Leaving lengthy legal analysis of “dolus eventualis” aside (on this matter see Ulrich Roux’s excellent piece in the Guardian 12th September 2014) to quote the words of Martin Hood, Johannesburg based criminal lawyer:

He went on to say:

“The consensus among the legal community was that he is guilty of murder. This could really open the door to systematic abuse of our legal system by people who shoot their partners and claim self-defence. If someone can shoot in an irresponsible manner, and even in a negligent manner and not be held accountable to the fullest extent of the law, then it means that we are not able to use the law as a tool to address violent crime in this country.”

September 12th 2014 was a sad day for women, a sad day for South Africa but ultimately a sad day for justice. Let’s hope that come Monday 13th October 2014 she uses her discretionary sentencing powers to better effect.