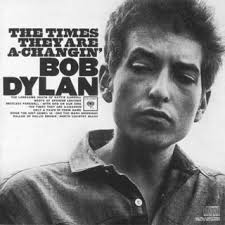 If May 2014 has started as it means to go on it should prove to be quite some month; with two news stories catching my eye… 1st May 2014 marked an historic day with the first Radio 5 Live broadcast (& a fascinating interview with Lord Neuberger (current President of the Supreme Court)) from courts one and two of the UK Supreme Court. The interview is surprisingly candid for someone that apologised on at least more than one occasion for being “cagey” and touches on a variety of very current topics including Legal Aid, the “tension” (my choice of words) between the UK & the European courts and the current somewhat “embarrassing” (Victoria Derbyshire’s choice of words) socio-sexual admixture of the current Supreme Court (there being only one lady (in the form of Lady Hale) & no non-caucasians amongst the “Justices” of the Supreme Court).

Meanwhile only a day later Alexander Cameron QC (David’s elder brother; himself heading 3 Raymond Buildings (currently representing Rebekah Brooks)) made history by playing a seminal role in the “halting” of a huge Southwark Crown Court fraud trial primarily as a result of punishing cutbacks in Legal Aid (the net result being no defence barristers were willing to take on this immensely complex (46,000 pages of written evidence) case; the judge Anthony Leonard QC stating:

“I have taken into account that it is common ground between the parties that where the defendant is not at fault, in a case of this complexity the defendants could not receive a fair trial without advocates to represent them.”

With 7 similar cases in the pipeline (due to be heard before September 2015) the implications are very far reaching.

The Supreme Court first agreed to television coverage in July 2009; with Sky News Live (http://news.sky.com/info/supreme-court) beginning their broadcasts in May 2011. To listen to Victoria Derbyshire’s interview simply go to: http://www.bbc.co.uk/5live &/or for a more edited version download as a podcast at the iTunes store.