Remember, remember the Fifth of November,

the Gunpowder Treason and Plot,

I see no reason why Gunpowder Treason should ever be forgot.

Guy Fawkes, t’was his intent to blow up King and Parliament.

By God’s mercy he was catch’d with a dark lantern and lighted match.

If not quite being asked to walk on water, current Public Law students (of which i am one) are at the very least being asked to negotiate some fairly choppy, constitutional seas; and wherever you look, the prospect of that changing in the immediate future, seems extremely remote. The roots of our current ‘crisis’ stretch back decades, some may even say centuries, but however constitutional history comes to be told, June 23 2016, will perhaps like November 5 1605 (which the oft quoted folk-poem above commemorates) ’[n]ever be forgot’.

But the truth is that history does have a tendency, if not to rewrite itself, then to be rewritten; and I will return to the Guy Fawkes analogy to illustrate the point somewhat later. Prior to the ‘Brexit’ (and even in that name resides a tale, for in fact it concerns the fate of the entire United Kingdom) referendum, few had heard of Article 50, the legal pink ribbon (to stay with the maritime analogy) required to launch the United Kingdom into ultimate ‘independence’ from the European Union. Even fewer, could have imagined the extent of the legal ramifications that would flow from the debate, let alone the ultimately legal challenges (in the form of McCord re: Judicial Review [2016] NIQB 85 and Miller/Santos v Secretary of State for Exiting the EU [2017] UKSC 5 to name just two) as to ‘just who’ gets to cut said ribbon.

New articles appeared on the UK Constitutional Law Association like starlings around a newly dug flower bed, seventeenth century cases were dusted off, and new principles formulated, in an attempt to un-puzzle this particularly intricate Gordian knot; our very own Brexit ‘discussion forum’ thread reaching some 145 posts.

The decision (as we all know) has been handed down; Lord Sumption with a ‘sleight of hand’ (as it has been called) had introduced a new ‘source’ of domestic law (https://twitter.com/SpinningHugo), a legislatively entrenched convention remained a convention rather than becoming a legal rule (https://ukconstitutionallaw.org/2017/02/10/joe-atkinson-parliamentary-intent-and-the-sewel-convention-as-a-legislatively-entrenched-political-convention/), and Lord Reed had written a clinically perfect but perhaps ultimately unsatisfying dissenting judgment (https://ukconstitutionallaw.org/2017/01/30/patrick-obrien-all-for-want-of-a-metaphor-miller-and-the-nature-of-eu-law/).

We may agree with the decision, or not. We may agree with parts of the decision and not others. We may even be unsure how to categorise the decision ‘politically’ (progressive/conservative). Was it a pro-Brexit decision, a pro-Remain decision, or none of the above; none of this helped by the oft forgotten fact that dos Santos was in fact a pro-Remainer; never mind the copious amounts of academic and ultimately judicial disagreement, all compounded by a media, that as ever, chose to make of it, exactly what they chose.

The ‘people’ have spoken so we are told, and even commentators as eminent as Vernon Bogdanor were hailing a new chapter of ‘popular democracy’ (http://linkis.com/www.thetimes.co.uk/a/EFed3 ). But with over four million signatories demanding a second referendum (https://petition.parliament.uk/petitions/131215), grave concerns surrounding the economy (https://www.bloomberg.com/news/articles/2017-01-26/u-k-economy-dismisses-brexit-threat-as-growth-beats-forecasts), and academics as tuned-in as Mark Elliott in his recent piece for Counsel (https://www.counselmagazine.co.uk/articles/miller-and-the-modern-british-constitution) suggesting that Miller has served little ultimate purpose other than to clarify just how difficult it is to locate sources of law in our ‘ramshackle’ constitution, we might do well to remember.

Remember what, you may well ask. Well just as our Guy Fawkes poem had a far more sinister second verse, that very few may even know of, let alone recall:

A penny loaf to feed the Pope

A farthing o’ cheese to choke him.

A pint of beer to rinse it down.

A faggot of sticks to burn him.

Burn him in a tub of tar.

Burn his body from his head. 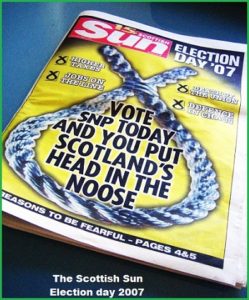 so indeed our Brexit referendum, had a far more cynical, entirely political underbelly, than any of our politicians are/were willing to advertise. Just as did the 18 September 2014 Scottish referendum. David Cameron didn’t promote a referendum because he had the slightest interest in the ‘will of the people’, he did it to appease the increasingly vocal and ever powerful euro-sceptics in the Conservative Party, just as in 2013, Westminster (after much disagreement) had finally conceded to pass the Scottish Independence Referendum Act 2013. As regards the latter the media response was no less unreasonable (https://www.theguardian.com/commentisfree/2007/may/03/theheatofthescottishsun).

So it seems that Cameron, perhaps unwittingly, has come to light a fuse that will have every bit as big a constitutional impact as that the Catholic ‘terrorist’ Guido Fawkes, and his 12 co-conspirators had in mind some four hundred odd years ago. Whether the good ship Brexit will bring great fortune to all ‘those who sail in her’, or will founder on her maiden voyage, remains to be seen. It was certainly not Foreign Secretary Boris Johnson’s finest moment when he announced the government will make a ‘titanic success’ of Brexit, but then again, he is not renowned for fine moments (https://www.theguardian.com/politics/2016/nov/03/brexit-will-be-titanic-success-says-boris-johnson). 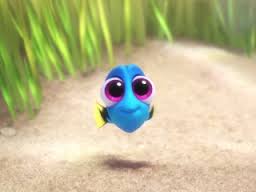 Yale’s Ian Shapiro (https://www.amazon.co.uk/Moral-Foundations-Politics-Ian-Shapiro/dp/8187879262/ref=sr_1_2?ie=UTF8&qid=1486790850&sr=8-2&keywords=ian+shapiro) will often be heard saying “you can’t wring the politics out of politics”, and this is never more true than today as we witness challenges to the rule of law on both sides of the Atlantic. What lessons are we to learn from all of this; well on the broader view I will have to leave it to the ‘will of the reader’, as to current Public Law students, with exams approaching fast, perhaps we have no choice but to once more learn from the ocean and ‘just keep swimming’.