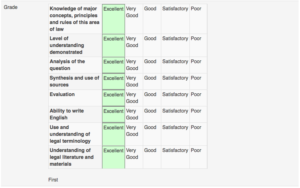 “Although, therefore, mesothelioma claims must now be considered from the defendant’s standpoint a lost cause, there is to my mind a lesson to be learned from losing it: the law tampers with the ‘but for’ test of causation at its peril.”

“But for your fault, it would not have happened” is the characteristically to-the-point way that Lord Denning first articulated the ‘but for’ rule of ‘factual’ causation in Cork v Kirby MacLean [1952]. It’s wide-scale adoption, both across criminal and tort law would suggest that in spite of its rather awkward ‘counterfactual’ construction (on this see: Richard Epstein – A Theory of Strict Liability) at the very least, it has a practical application, and captures something of the everyday way in which we construct notions of ‘causation’ and ultimately ‘culpability’ in our lives. But factual matrices are complex, and at times, this perhaps over simplistic paradigm, constructed as it is on ‘necessity’ rather than ‘sufficiency’ (on this see Allen Beever – Rediscovering the Law of Negligence), has threatened to disrupt ‘normative’ notions of ‘fairness’. And so, in what has been essentially a ‘three-stage process’ (as Lord Brown outlines in Sienkiewicz v Greif (UK) Ltd [2011]) in certain, though carefully prescribed scenarios, the courts have been willing to countenance other ways to conceptualise ‘causation’, and so ultimately apportion liability. This ‘departure’ from ‘but for’ causation has met with mixed responses both academically and judicially which is the subject of this essay.

As Lord Hoffmann established in Gregg v Scott [2005], the world, at least in legal terms, is bound by the laws of causality. “Everything ha[s] a determinate cause, even if that cause [is] unknown”; but as Spencer v Wincanton Holdings [2010] clarifies, the law has needed to draw a line under potentially infinite chains of causation, when ultimately it would be “unfair to let it continue”. Historically it has used ‘but for’ causation (coupled with the civilian ‘balance of probabilities’ standard) as one means to achieve that end.

Within even Epstein’s simplest example of tortious causation: ‘A caused B harm’, there is some room for ‘speculation’. Would the patient in Barnett v Chelsea and Kensington Hospital Management Committee [1969] definitely have died if the negligent doctor had in fact attended, could a ‘competent rescuer’ have changed the outcome in the Ogopogo [1971]. Both claimants (McWilliams v Sir William Arrol [1962]/Chester v Afshar [2004]) and defendants (Bolitho v City and Hackney HA [1998]) may behave unpredictably.

But even here the courts have tended to favour ‘certainty’, as they have attempted to weigh up ‘just how certain can we be’ against a required ‘burden of proof’. In most instances the civil ‘balance of probabilities’ sufficed, with the doctrine of ‘novus actus interveniens’ proving adequately ‘robust’ to balance out absurdity and justice (McKew v Holland & Hannen & Cubitts [1969]/Wieland v Cyril Lord Carpets [1969]). Though it too was sorely tested at times (Reeves v Commissioner of Police of the Metropolis [2000]/Corr v IBC Vehicles [2008]).

Malignant Mesothelioma has proven to be the straw that broke the camel’s back:

Itself a condition of inordinately complex ‘pathogenesis’ (on this see: Fairchild v Glenhaven Funerals Services [2002]), it was almost inevitable, that as its connection with certain kinds of asbestos exposure were unravelled, it would impact the way in which the courts considered ‘causation’, and consequently allocated liability for damages.

The story predates Fairchild [2002] and we can see at least two ‘departures from’ perhaps better consider ‘modifications to’ the ‘but for’ test:

A. The ‘material contribution to the harm’ modification

A ‘material contribution to the harm’ as developed in Bonnington Castings Ltd v Wardlaw [1956] was a first step in the direction of current day practice, when classic ‘but for’ causality could not be used to provide Mr. Wardlaw with ‘justice’; there being a fundamental uncertainty as to whether his pneumoconiosis (as an ‘accumulative’ condition) had been caused by ‘tortious’ or ‘non-tortious’ dust exposure.

B. The ‘material increase in risk’ modification

These uncertainties were to become even greater in McGhee v National Coal Board [1973], where much as in mesothelioma, just how dermatitis came about had not been definitively established; and in what can be seen as essentially a ‘benefit of the doubt’ exercise, the court established that it was ‘sufficient’ for a plaintiff to show that the defendant’s breach of duty made the ‘risk of injury’ more ‘probable’ even though it was ‘uncertain whether it was

the actual cause’. McGhee was however distinguished in Wilsher v Essex Area Health

Authority [1988] where the ‘multifactorial’ nature of causation regarding ‘retinopathy of prematurity’ was used to negate ultimate liability.

Fairchild v Glenhaven Funeral Services [2002] represented a trio of appeals to the House of Lords, and resulted in a lengthy and complex judgment. With three complainants and a series of successive potential tortfeasor employers, the court wrestled to provide a coherent rationale to their decision, in particular regarding awards. Ultimately, the court followed the McGhee ‘approach’ (though as had been discussed in Wilsher v Essex Area Health Authority [1988] the case lacked a clear ratio) of a ‘material increase in risk’, and allocated liability between the employers according to ‘joint and several’ liability.

Just four years later in Barker v Corus UK [2006] this would be overturned, to much consternation both academic and from concerned parties, with a return to ‘several’ liability. The condition’s peculiar pathogenesis meaning that in many instances, chasing down potential but often long gone ‘tortfeasors’ proved to be a fruitless task.

So soon after, Parliament intervened and (as Lord Brown explained) Section 3 of the Compensation Act 2006 was enacted, in what might be considered a true ‘departure’ from the ‘but for test, with the “sole effect [being] to reverse the House’s decision in Barker’s case on the issue of quantum”; resulting (when coupled with the Fairchild/Barker ‘principle’) in what Lord Phillips has called ‘draconian consequences’. As Lord Brown affirmed mesothelioma claims must now be considered from the defendant’s standpoint a lost cause.

We are left to answer the all important question has this all been for the good, which was certainly the chorus after the initial Fairchild judgment, in the light of the devastating consequences of this, at the time, poorly understood condition; or is the current situation, as Lord Brown suggests entirely unsatisfactory?

But in fact this question elides three separate conundrums:

iii. how should sufferers of ‘indivisible’ conditions such as dermatitis/mesothelioma be

The ‘test’ has been heavily academically criticised; with its potential for ‘absurdity’ (see: Richard Epstein – A Theory of Strict Liability), and Allan Beever arguing that it has little place in ‘overdetermined’ conditions such as mesothelioma. Alternative models (such as Stapleton’s targeted ‘but for’ test and Richard Wright’s NESS test) do exist, but the common law is slow to incorporate ideas that are not its own ‘offspring’, and Lord Brown’s defence of ‘but for’ causality resides in the “clarity, consistency and certainty in its application”. A closer reading of his judgment, reveals that his principal concern is in fact damage allocation (‘aliquot’ as opposed to ‘in solidum’), and how “quixotic the path by which [the current day position] has been arrived at”.

One senses he feels that Section 3 Compensation Act 2006 has robbed the common law of some of its flexibility and nuance, and he is consequently ‘obliged’ to decide the case in a way that goes against his better judgement. Citing that both Bonnington Castings and Fairchild, in fact did not consider ‘apportionment’ he goes on to suggest that on the facts, Greif’s liability (prior to the 2006 Act) would not have been held to be absolute. Fairchild already represented a ‘rock of uncertainty’ and the law would not benefit from any further ‘anomalies in the system’ (Lord Brown having in mind the “supposedly critical distinction between so-called ‘single agent’ and ‘multiple agent’ cases”).

However justice, just as it requires “clarity, consistency and certainty” does require a modicum of flexibility. Epstein has the ‘luxury’ if you will of being able to criticise the ‘but for’ test, in the ‘certain’ knowledge he achieves his ‘certainty’ through strict liability. Whilst it is worth remembering that at the other end of the doctrinal spectrum (tortious negligence) Cork v Kirby MacLean [1952] though known for the birth of the ‘but for test’,

was also every bit a case concerning ‘remoteness’ and the ‘fairness’ of damages allocation in the light of the Law Reform (Contributory Negligence) Act, 1945.

Shifting a causal paradigm from a ‘balance of probabilities’ to a ‘might have caused’ is no small thing; and the Fairchild ‘exception’ has recently (in Heneghan v Manchester Dry Docks Ltd [2016]) been extended to cover ‘asbestos induced’ pulmonary carcinomas. But there is a danger that in the form of Section 3 Compensation Act 2006, Parliament has gone that little bit too far, robbing the common law of some of its nuance (say in the form of Lord Bingham’s 6 carefully crafted Fairchild criteria), that also afforded defendant employers a certain degree of necessary protection.

Wherever this debate ends, and it appears to be very far from over, there can be little doubt that mesothelioma (and the hugely raised awareness in relation to the condition) has impacted the judiciary’s thinking in relation to causality just as much as it has blighted the lives of those who were, or indeed are, unfortunate enough to have been exposed to its horrors. However it is approached there are no easy answers. At one end of the equation we have the victims and/or relatives of a devastating, relentlessly fatal condition possibly ‘caused’ many years before; at the other employers facing almost certain liability, following anything more than a minimal degree of negligent exposure to asbestos fibres. But it is arguable that in terms of judicial notions of ‘causality’, certainty has come at a cost; ‘aliquot’ apportionment might have been one way to resolve this conundrum without unnecessarily sacrificing one of the common law’s most loyal workhorses, in the form of ‘but for causation’, on the altar of certainty.